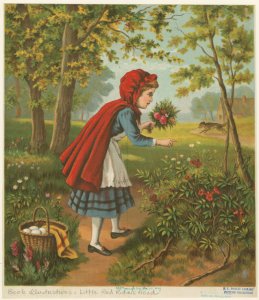 I recently read an article about the “Milk Carton Rule.”  The story goes that if a person keeps leaving a bottle of milk out, stop expecting them to do otherwise. Once you do that, you will “solve the real problem” and buy a second bottle of milk so you always have non-spoiled milk.  The article and story has been an itch in my brain ever since.  I kept trying to figure out why it didn’t sit well because I generally liked the “moral” of the story which reads,  “Look at the facts as they are, not as you wish them to be, and then solve the problem at hand” or as they put it, “Instead of dwelling on what you can’t change, focus on what you can.”  I finally came up with what I didn’t like about the definition of the problem or the solution.  In the original story, the first definition of the problem was “She never puts away the milk” and the solution was “She should love me more so she should do it.” Well, that didn’t work.  The supposedly “good” problem and solution pairing was defining the problem as “I always have soured milk” and the solution as “I buy two bottles.”  I think that there are two other viewpoints that are missing.

The first is thinking that the problem is the spoiled milk. Or is that just another symptom of the real problem?  Is that really the only thing that is slipping?  Perhaps, the real problem is that she is rushed in the morning.  The second bottle bandage is just barely holding back the bleeding.  By defining the problem that narrowly without looking at the whole picture just sets them up for more spoiled milk.

The second issue saying the clear solution is just buying a second bottle. OK, so is the solution “his” and “hers” milk bottles?  Or are you just setting yourself up for having two or more bottles of spoiled milk as she just grabs the other one the next morning?  And the solution is to spend twice as much money?  The only change in behavior that makes sense is to create waste? That just seems wrong.  Frankly, I think it just sets them up for more anger and waste.  What if instead, the solution was to pour a small amount in a creamer each night for her to use the next morning?  It still expects her to act the same in the morning but with less damage.  Or maybe she needs to create a different habit such as she uses something that doesn’t need refrigeration.  Something other than, “Let’s throw money at it and see if that works.”

A tertiary issue is why the heck was the first problem/solution set hinged on “they don’t love me?” Perhaps it isn’t always about you?    Just saying, take a step back and use your brain rather than your hurt feelings for moment.  My points are (other than a long-coming rant): 1) just because it is in a book, magazine, or video doesn’t mean it should be taken as true without critical thought; 2) yes, you should expect people to act like they always have. No personality implantations yet, and 3) take the time to look at the whole picture – not just the microcosm.  I know that it is just a silly, simple allegory, but it isn’t helpful if the allegory goes “If you go out in the woods in your red cape, a wolf might eat you,” and your answer is “don’t go out in the woods” instead of “don’t take everything at face value.”