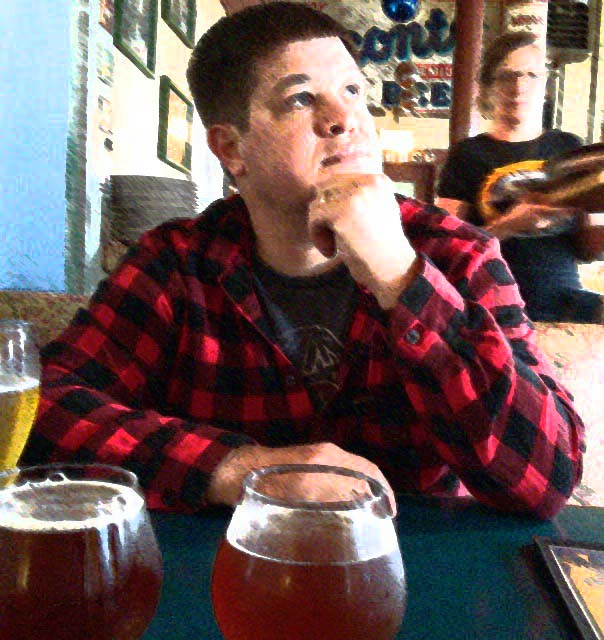 I admit it, one of my favorite things about craft beer is the clever names.  There are puns, odd references, and just plain silliness.  It just tickles my fancy.  But they are also trademarks, and as more beers come on the market, there are more chances for conflict.  These disputes have been highlighted by several articles in beer trade sites, legal sites, the Wall Street Journal, and Techdirt.

Picture this very real example from my life.  My craft beer loving husband tells me to pick up a specific 6-pack of beer for some event.  He tells me the name, and I am oversure of myself and don’t write it down. Now, there I sit in front of a long cooler of a variety of 6-packs trying to make sure I bring the correct beer to the event.  Hmmmm… I remember it was an IPA, but did he say Evergreen Session IPA, Super Kind, or Harmonia. And those names aren’t even similar – just imagine if they were! I would likely be so confused that I’d have to text him (probably several times) just to be sure I got it right.

And that is the crux of determining if two marks can co-exist:  The likelihood that a potential customer would get confused and buy the wrong thing.  This can be because the customer is looking for a specific beer can’t distinguish which beer is from the “correct” brewery like my above example.  Or maybe they think that the brewery that they loved started making gin and bought the gin with the same name as their favorite beer.

In either case, both companies can be injured because the customer is not getting what they want.  They are annoyed and nobody wins the customer’s goodwill.  So what to do?

First, as we have said before: Pick a strong mark that provides a lasting impression.  Second, check to make sure no one else is using it or a close approximation.  When looking at beer names, don’t just search for other beer names.  Customers don’t think in single classes.  You may have to look at bars and clubs, wineries, and distillers.  Trust me, the USPTO is looking at these so you better be, too.

What if you find something kind of close, but not exact?  You have to look at it from the average customer’s perspective.  How will someone showing up to the store spend their limited time and energy to decide which package to pick up?  How easy is it for them to be confused and pick up the wrong thing?  The easier it is for them to be confused by the marks, the less you should use the mark.

The courts and the USPTO have found several factors that help determine if confusion is likely.  Two factors are key considerations in any likelihood of confusion determination:

The following factors may also be relevant:

Again, these make sense.  For beer, the trade channels are likely the same, but the similar names on dental floss and dental x-ray machines may not be as likely to confuse the buyer.  And the more time a consumer spends thinking about a purchase is usually directly correlated to them making sure they are getting the right thing.  Think of buying a car versus the breath mints in the check-out aisle.  And finally, if everyone and their brother is using “hops” in their IPA name, the chances are that customers aren’t putting a whole lot of weight on that word to distinguish your product from others.

2 thoughts on “Brewing Up Confusion”