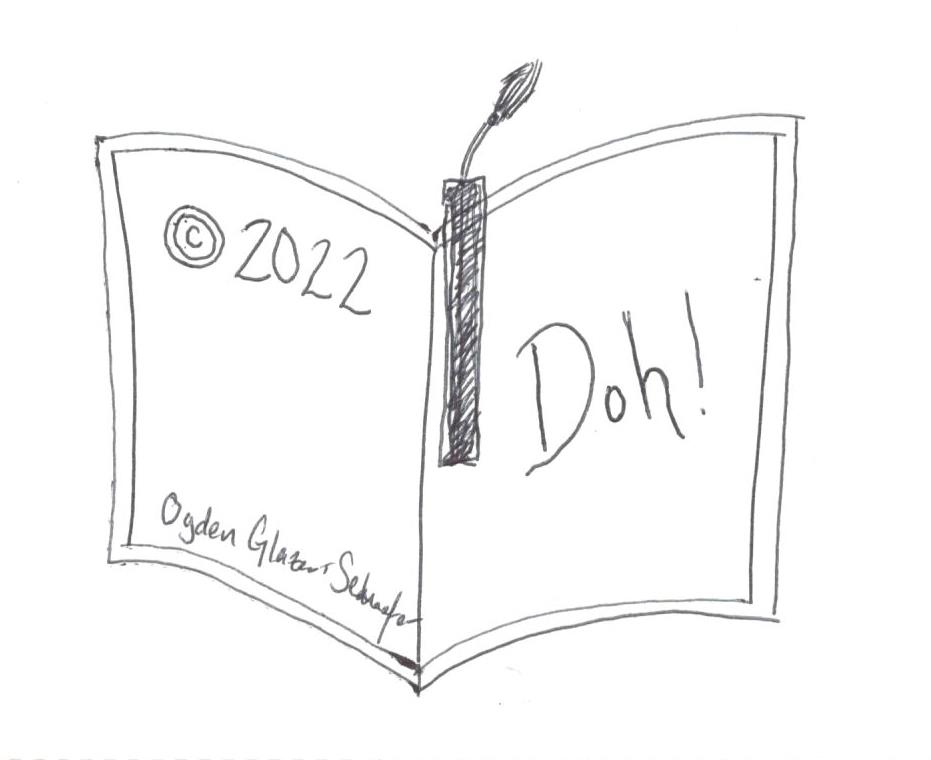 That headline just caused more than a few eyes to glaze over. I get it, but this post is to point out that just because we had fancy new terms and abbreviations, that doesn’t change a lot of fundamentals. Recently, the Spice DAO discovered that copyright law still applies – even to them.

First things first. A DAO is a decentralized autonomous organization.  It has no central governing body. Generally, decisions are made collectively aimed towards a common goal.  In other words, it’s a club but with technology.  There have been DAOs that have formed to buy a copy of the Constitution and buy different NFTs.

NFTs are all over the news. What is an NFT? Let’s do a really, really short, over-simplified version of an explanation. It’s a certification for something. Sometimes that thing is in the real world, and the physical thing is “tethered” to the NFT. That means with a tethered NFT, you have the NFT entry on the blockchain showing the status of that thing, the thing itself sitting in the world, and the legal right to control the thing.

Say what? Let’s say I drew a doodle, and I convince you to buy a copy of the doodle.  I can make an NFT of the doodle, and sell you the NFT. You then can prove that you, really did, in fact, purchase that copy of my doodle. An NFT just says, yeah, you got the rights to the doodle in the way that is documented. Maybe the doodle never leaves my possession, or maybe I mail it to you. But even if I mail it to you, that doesn’t mean that you can make copies of it unless I said you could.  NFTs are not copyrights for the thing itself. The actual rights that you get in my doodle depends on the contract that you and I signed in the sale and documented (as shown in the NFT).  You definitely got an NFT and some rights in the doodle, but that doesn’t mean that I gave you all of my rights in that doodle.

Still confused? How about this:  Spice DAO bought a copy of a pitch book that director Alejandro Jodorowsky made for a never-filmed version of Dune.  It had lots of illustrations and ideas of how to make the film.  What it didn’t have was the rights to actually make the movie based on the book, Dune.  So when Spice DAO bought the very pretty hardcopy of that pitch book along with an NFT saying that yeah, they bought that book, that’s all that they got. They did not get the right to make the movie or even make copies of the book itself. It owned that copy of the book, just like I own lots of copies of lots of books. I can’t make and distribute copies of any of those books thanks to copyright law.  Same thing for Spice DAO and their very fancy book and NFT.

The DAO had plans to maintain the physical condition of the fragile book, scan and distribute its contents publicly (or at least to its members), and produce media inspired by Jodorowksy’s  version of Dune. But the copyright owners for Dune had control over the expression of the story of Dune. That means once the owners of the Dune copyright said, “No, we aren’t interested in you doing anything with the story,” Spice DAO had to stop their plan at Step 1: Maintain the physical copy it owned.

So their NFT just meant that they really owned that copy of the book, but no more.  Could an NFT document the sale of copyright? Sure! But this one didn’t. The lesson here? Don’t be distracted by the alphabet soup. When you buy something (especially for millions of dollars), know what you are purchasing and what you are not.