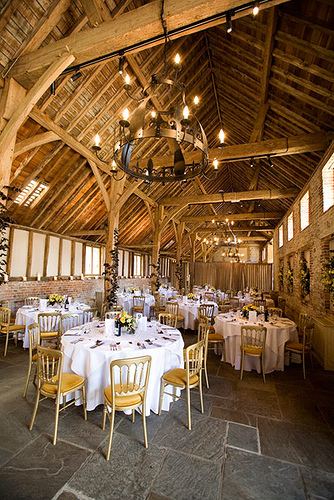 Tavern League and Distributors are upset that most wedding barns do not, as a usual rule, hold alcohol licenses (or comply with Americans with Disabilities Act, either). The theory at wedding barns is that they are private events held on private property – like holding a July 4th party at your house, you don’t need alcohol licenses for private events on private property.

For reasons that aren’t publicly clear, the out-going Attorney General decided to issue an opinion before he left office.

The gist of Attorney General Brad Schimmel’s “informal analysis” (his words, not mine) is:

In light of the broad phrase “public place,” along with the exceptions that further illuminate the phrase “public place,” it is my position that this phrase includes event venues generally open to the public for rent [such as wedding barns]. A broad “private event” exception cannot be supported by the text of the statute; there is simply no portion of the statute that would support a distinction between a public place that hosts an event open to all the public, and a public place that may be rented out for a limited private event. The “place,” in both circumstances, is “public” in my view. …  [T]he public must have access to the establishment for the purpose of renting or seeking to rent the venue for their event …  the event venue still retains the overall character of a “public place” ….

In other words, because wedding barns are open for the general public to come rent them (I can go to the venue to book it, and I wouldn’t be trespassing on private property), the fact that the events aren’t public doesn’t matter because the venue itself is open to the public.

This opinion is troubling for a variety of reasons. First, the event itself is a private event and, at the time of the event, it is private property. The public may not come to the property and participate in the event, and there certainly aren’t tours being given during events. At the time of the event, the property is private property. Second, you can’t, for many wedding barns, just walk up to a wedding barn and walk around – you often need to book a tour in advance and go with a wedding planner or be accompanied by the property owner or manager. Third, many of the smaller barns are, in fact, on truly private property, next to or very close proximity to the property owner’s homestead – rented occasionally by farmers’ kids looking to make a few extra bucks on an unused barn on beautiful property.

Moreover, the application of this analysis would result in numerous problems, something AG Schimmel himself anticipates: “I also understand that this opinion may call into question whether other locations are ‘public places’ beyond simply [wedding barns].” Tailgating would require a liquor license. Tailgating is often on semi-public property such as store parking lots or even unused empty spaces – places that the public has access to when not being used for private purposes. Parties at an apartment building would require a liquor license – apartment buildings allow the public to tour if they are interested in renting, just like the public can tour an otherwise private barn if they are interested in renting it.

Finally, it’s not clear that incoming Attorney General Josh Kaul holds the same opinion as AG Schimmel. By AG Schimmel’s own letter “I am unable to issue a formal opinion … I can offer you, however, my informal analysis of this statute, in the hopes that my analysis may guide future efforts to reform ….”

2 thoughts on “Wedding Barns Under Attack”