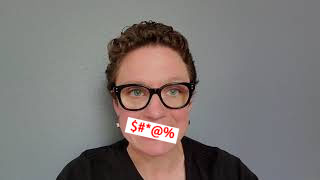 According to statue, someone could not register a trademark if it “[c]onsists of or comprises immoral, deceptive, or scandalous matter; or matter which may disparage or falsely suggest a connection with persons, living or dead, institutions, beliefs, or national symbols, or bring them into contempt, or disrepute; or a geographical indication which, when used on or in connection with wines or spirits, identifies a place other than the origin of the goods and is first used on or in connection with wines or spirits by the applicant on or after one year after the date on which the WTO Agreement (as defined in section 3501(9) of title 19) enters into force with respect to the United States.”

But then in Matal v. Tam, 582 U. S. ___ (2017), this Court invalidated the bar on the registration of disparaging trademarks. The eight Justice Court divided evenly between two opinions, which means there was no majority opinion. But, all the Justices agreed on two propositions. First, if a trademark registration bar is viewpoint-based, it is unconstitutional. And second, the disparagement bar was viewpoint-based. Therefore, the part saying “or matter which may disparage or falsely suggest a connection with persons, living or dead” was unconstitutional and so cannot be used to deny trademarks. The First Amendment forbids such viewpoint discrimination.

Now comes Iancu v. Brunetti , which questioned if the prohibition on “immoral or scandalous” trademarks” is allowable. Brunetti was denied a trademark registration for FUCT for apparel. As Justice Kagan put it, “According to Brunetti, the mark (which functions as the clothing’s brand name) is pronounced as four letters, one after the other: F-U-C-T. … But you might read it differently and, if so, you would hardly be alone.” A 6-3 majority answered that prohibition is unconstitutional as written even as applies to such “vulgarities.”

Before you get too excited to file for registration for all of your immoral marks, the Court did say that Congress could choose to pass a law that is better written that won’t run afoul of the First Amendment. The Court could not make the statute as written comply with the Constitution, but that doesn’t mean all laws forbidding naughty marks are dead on arrival. Just those that discriminate on the basis of viewpoint.

So, the moral of this immorality story is get your naughty marks in now, but I don’t promise that they will last forever.